For Idaho residents, the fact that the state is growing is no surprise. The Gem State has so much to offer, from beautiful natural landscapes that stretch across the borders, to a bustling capital city that’s home to a top-notch university, large public and private employers, and much more.

But individuals and families across the country don’t simply want to see the wonders of Idaho on vacation. Instead, people are now choosing to settle here for good – to build a family – to retire – in Idaho. That’s the summary of data recently provided by the United States Census Bureau and reported on by ABC News, which determined that Idaho is now the fastest growing state by population in the country.

The data, which was gathered on state populations between July 1st, 2016 and July 1st, 2017, showed that Idaho grew by the greatest percentage in this timeline, at 2.2, reaching above all other states in the nation. Following somewhat close behind were Nevada and Utah, the second and third fastest growing states by population, each of which grew by nearly two percent. Of course, Idaho still remains relatively small when compared to many other states nationwide, at 1.7 million people. That being said, a number of factors will likely continue to lead to an increase in new members of the population over the coming years.

What led to this rise in population? And will it continue in the future? Included in the ABC Report is a mention of Derek Santos, economist for Idaho’s Division of Financial Management, who attributes the population growth to strong economic growth in the Gem State. In addition, he also mentions Idaho’s attractive low cost of living as another reason that people are flocking to the Northwest.

What Does this Mean for Idaho Residents? 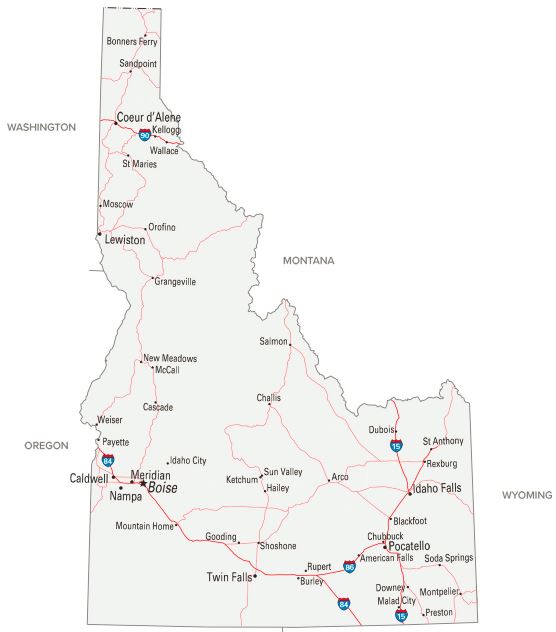 For those who already own a home in Idaho, the idea of population growth may come with a smile; among other effects, a growth in population may lead to an increase in housing prices, as a greater number of individuals need to compete for a limited supply of homes. Naturally, this isn’t always the case, but it will likely be on the minds of homeowners statewide in the future.

For those who don’t own a home yet, now is the time to buy, as more and more people begin to appreciate the incredible lifestyle available in Idaho. Housing prices in Idaho will likely continue to go up, so buy today. And for anyone searching for an affordable and attractive home plan, the solution may be available with Simplicity Homes. We have been building custom homes in Idaho and throughout the Pacific Northwest, and we have built a reputation as a trustworthy and affordable home builder for both younger and older demographics.

As more people become interested in settling in Idaho, they’ll be searching for affordable home plan to meet their needs. Don’t miss out on finding your dream home; contact Simplicity today and learn what we can offer for you and your family.

Steve B. from Melba, ID

We had a great experience. Our project manager was outstanding. Always took my call or got back to me as quickly as he could. Our home is beautiful and with the ability to customize the existing plan, we were able to make it one-of-a-kind!!

Christopher & Nishka M. from Bend, OR

I am happy with the results and appreciative that Simplicity helped me achieve my goal!

We had an amazing experience through Simplicity. Our contractor was the best of the best and kept us informed and gave us realistic timelines. We have recommended your services to multiple family members and friends because we cannot speak highly enough of our experience from our first meeting with Victor to every phone call and meeting with Keenan, it made the experience as stress less as one needs when building a home. Quality materials and quality home!

Every step they were very informative with what was happening. Built the house very fast and great quality. Would definitely recommend to anyone. Watched a lot of companies build in my area, Simplicity is a step above the rest.

I previously had build a home in the same area with another company. I found Simplicity to be much better to deal with all the way through. The overall process was much less stressful for me.

Robert R. from Bandon, OR

It’s all in the name–Simplicity makes it simple. We really liked the Turn-Key build, and the online build.

Jack & Annette B. from Sisters, OR

We love our new home by Simplicity. We were able to make customizations to the exterior and interior floorplan to get exactly what we were looking for.

Julianne & John R. from Bend, OR

The pricing was straightforward and accurate. The project managers were knowledgeable and willing to take time to explain the process. Start to finish was 4 months with a great end product.

Aaron did a great job on project management and got us moved in on time. Anyone thinking that you can’t get a quality home built by Simplicity in the top neighborhood in the area is severely mistaken. Our neighbors that monitored the home building progress couldn’t have said nicer things about Aaron and the contractors working on our home. Another home that had the same start date as us in the neighborhood is still waiting to be completed.

Simplicity Homes made the Pacific house to our dream: Home sweet Home. We are feeling so blessed, thanks so much to our project manager James. James made our life easier, he is a professional, always taking care of any single question or detail. Last 2020 was a hard year for everyone but we finally have a beautiful dream come true.

Recently built a Snowbrush model on our own land, using Simplicity. PM and entire crew were excellent. We had a couple of bumps along the way, as is to be expected, but everything was resolved quickly and professionally. We were in our house right on time, which is really saying something considering we built spring/summer 2020. I would build with Simplicity again in a heartbeat. They earn 5 stars and we tell everyone who sees our new home how amazing the process went!

Cory and James did an amazing job with our home! From day one we could feel that they truly cared that we receive a quality home we were 100% happy with.

Simplicity Homes met all of my expectations. The final walk through and home orientation was incredible. Ryan (project manager) was responsive to all my questions. We spoke regularly. He kept me up to date on all aspects of the project and provided me with accurate timelines. It was truly a pleasure working with Simplicity. In fact the process was so smooth, we have purchased two additional lots and we are building two more homes.

Aaron N. from Central Point, OR

Our experience with Simplicity was everything we hoped it would be and more.

Pamela & Jesse J. from Salem, OR

We finally have a home that fits our family! Anthony was great to work with, we would absolutely build with Simplicity again if we ever chose to build again!

Lacey & Levi M. from Prineville, OR

Great communication, our project manager Aaron was fantastic and went above and beyond to create a great experience. We highly recommend Simplicity.

Everything was taken care of and made “simple” as Simplicity promised.

The entire Simplicity team was great to work with, we love our new home!

Ron & Marilyn C. from LaPine, OR

(Liked about design/features) The ability to go online, on my own time and plan/price out the models and options. Gave me a good idea of what I would be looking at before speaking to Simplicity. And the online pricing was spot-on with what I ended up paying. No Surprises, VERY HAPPY.

Alexander & Amber R. from Eugene, OR

The company was well coordinated and well run throughout all interfaces. The project manager was very thorough and responsive at every step.

Doug G. from Redmond, OR

Positively a great experience. Would definitely use them again. Highly recommend.

Vicki G. from Bandon, OR

From the start of the process, meeting the New Home Advisor, Kristi, laid the overall experience and
interaction with Simplicity. My husband and I felt welcome as we planned our future home together. The
attentiveness and communication wowed us both, as we moved from making decisions with the Turn-Key option to the building process. It made the whole process seem less stressful and more of an adventure being kept in the loop with the build through Chuck and Umpqua’s tracking system. We have been recommending many people to Simplicity and are hoping to show off our house once things have cleared up with COVID-19. We have been enjoying our new home and the time to settle into it.

We have built two Simplicity houses. If we ever build again, we would consider using Simplicity as our first option. That should speak highly as to our trust in the company and the end result.

Meg & Richard L. from Amity, OR

Everyone involved with the construction of my home were wonderful to work with. Contractors were all efficient, hard working and friendly. My Project Manager is OUTSTANDING.

Rod A. from Bend, OR

Our overall experience was amazing! Josh was awesome, he was patient, upfront and honest there were no hidden fees. Sean our project manager always kept us in the loop about what was happening each week and when we ended up wanting to change a few things, Sean and his crew did it with no hesitation. I would recommend Simplicity to everyone. We have friends that are now building a simplicity home because of our experience with simplicity! Everyone we were in contact with throughout this process did a great job! Thank you Sean, Josh and the Simplicity crew for giving us a wonderful experience and a home of our own!

Amber and Richard F. from La Pine, OR

Simplicity was great from start to finish. Answered all of our questions promptly. They were professional and clean throughout construction. We couldn’t be happier.

Brooke & Derek M. from Bend, OR

A terrific experience. Build within budget and on time. Unheard of with builders! Communicate well and immediately responsive. Personable individuals.

Bob T. from Redmond, OR

Outstanding company with excellent, knowledgeable employees. Rapid responses to all question and quickly resolved all issues to my satisfaction. Highly recommend.

The builder kept me informed during the entire process, he was very knowledgeable and quickly responded to all my questions. It was obvious that my satisfaction was his goal.

My expectations were exceeded with Simplicity!! My husband and I are both in the construction industry and know the pitfalls of home building and projects that don’t go well due to poor project management and lack of communication. That was not the case with our home. We had several hurdles, due to no fault of Simplicity, but they went out of their way to work with us and come up with a solution at every turn. From the beginning with Katie, who was wonderful to work with to the end with Adam, who made sure we were happy and finished our home early we are extremely happy with Simplicity and our home. Thank you!

Max & Doreen W. from Donald, OR

A phenomenal process from start to finish. The sales team was great, the project team was great, the subcontractors were awesome, the warranty team is great…Responsive, flexible, thoughtful. I really didn’t know what to expect going in as this was our first home building experience, but I know that based on this build and what others have told me about different builders, I would only use Simplicity if I had to do it again.

David & Jaime V. from Veneta, OR 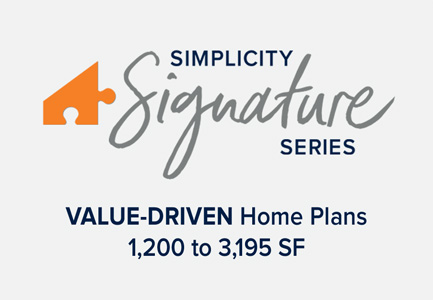 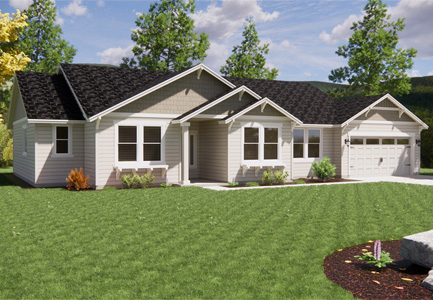 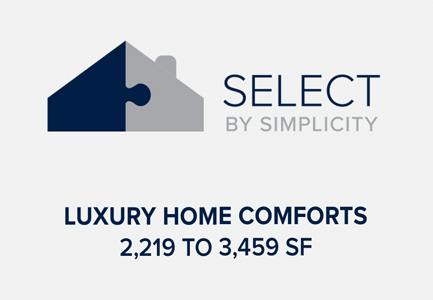 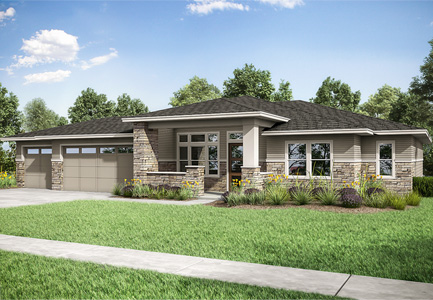 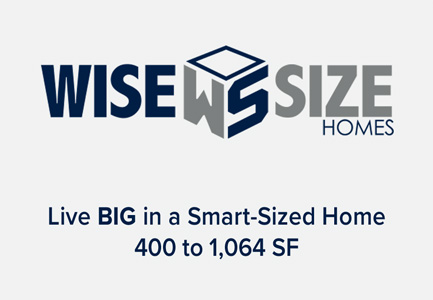 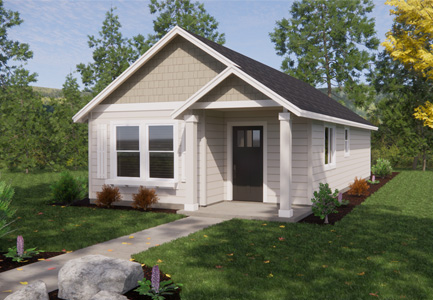 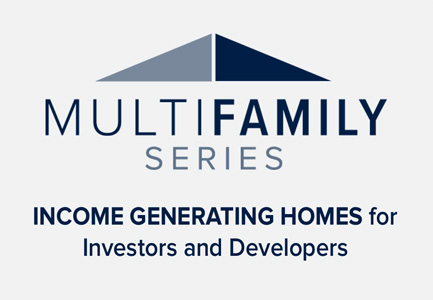 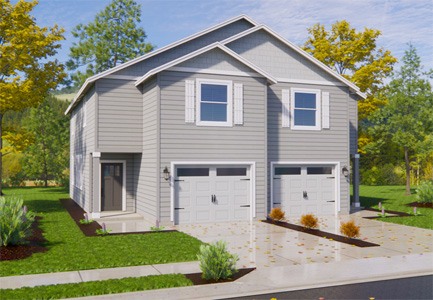